My response to the Incredible Blogger Marathon Challenge by Its PH . Shout out to agirlwowrites, discovered the challenge on her site. Dix postes dans quinze jours… 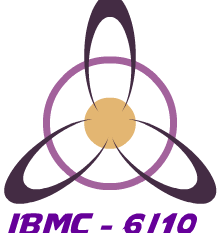 As I head into the second part of this challenge, day 6

He sat watching the sunset like every evening, but something was different. There was something in the air, even the night sky looked different. He had never seen it like that.

It had been more than two weeks now and still he couldn’t make sense of the ending lines of this book:

In,
search of skin,
color no matter,
brighter or darker,
tell no one,
I will take someone,
Ssssshhhhh!
– ghost, me!

As an editor he didn’t feel right approving publication of a book if he didn’t understand or at least get a sense of what he was reading. But this one had him in a loop. The writer always had a way with words and she had outdone herself this time around.

This would mark the fifteen year anniversary since her first publication and it all lay in Michael’s hands. He had gone back and re-read everything other book Claire had written trying to make sense of the end of this one, with no luck.

He went back inside and started pacing in his study, thinking, contemplating exactly what Claire was trying to convey in those words. He was stumped, rarely did this happen, but somehow Claire had bested him this time.

It was a game they played ever since the first book she had brought to him. She would weave a complex tale with a meaning that was wrapped in a mystery within an enigma. Every time he would find the meaning, and so she’d write another.

This time though Claire was confident, so a little wager had been made. If he couldn’t solve this one, he would take her out to dinner. And if he did she would.

As he finally sat down the telephone rang. It was Claire, “So Mike, who’s buying dinner?”

“Well played Claire! You got me this time, how’s Friday at 7?”

The call continued as they discussed how she would celebrate the anniversary and some other things and suddenly, somewhere in that conversation he understood those words….

10 thoughts on “The Writer’s Editor | The Mass Media Challenge”

This site uses Akismet to reduce spam. Learn how your comment data is processed.

What I Write About

What Are You Reading?

Stories, Life and an African take on being Catholic

This is Your Quest - Your Mission to Find Happiness

The pen is mightier than the sword. Join me in my weekly slaying quests!

The experience's of a dramatic Yoruba slay queen

I am Jevannel
A tangled mind of words

Stories and photos from Scotland